Apple cider donuts are a fall classic. My kids go nuts for them. Recently we went apple picking, and because my oldest can not have gluten, I made a gluten free version as a substitute. It was a fantastic recipe, and the donuts were spot on. Problem is they are not grain free. So I decided to waste some ingredients (yes, sometimes its painful but part of the process) and figure out a better recipe that the kids will love without the grains and excess sugar.
I came up with a coconut flour based recipe that yields a moist, tender donut. I have learned that with coconut flour baking, half the battle is keeping the moisture (coconut flour absorbs a lot of moisture). So this recipe may seem excessive in the egg department, but I believe it’s necessary. No one likes to choke on a dry donut 😉
The recipe has no added sugar in the actual donut, so for those cutting sugars doing 21 dsd or other detox, I believe these would be a great “sometimes treat” with a dollop of coconut whipped cream. For the kids, I rolled in cinnamon/date sugar while they were still warm (otherwise it won’t stick).
Use a mini donut pan, or even a small whoopie pie pan (yes, with that coconut whipped cream you can do a delicious clean apple cider whoopie pie!). For tge record, I think a regular size donut would fall apart because of the hole. But if you try it, let me know how it turns out. 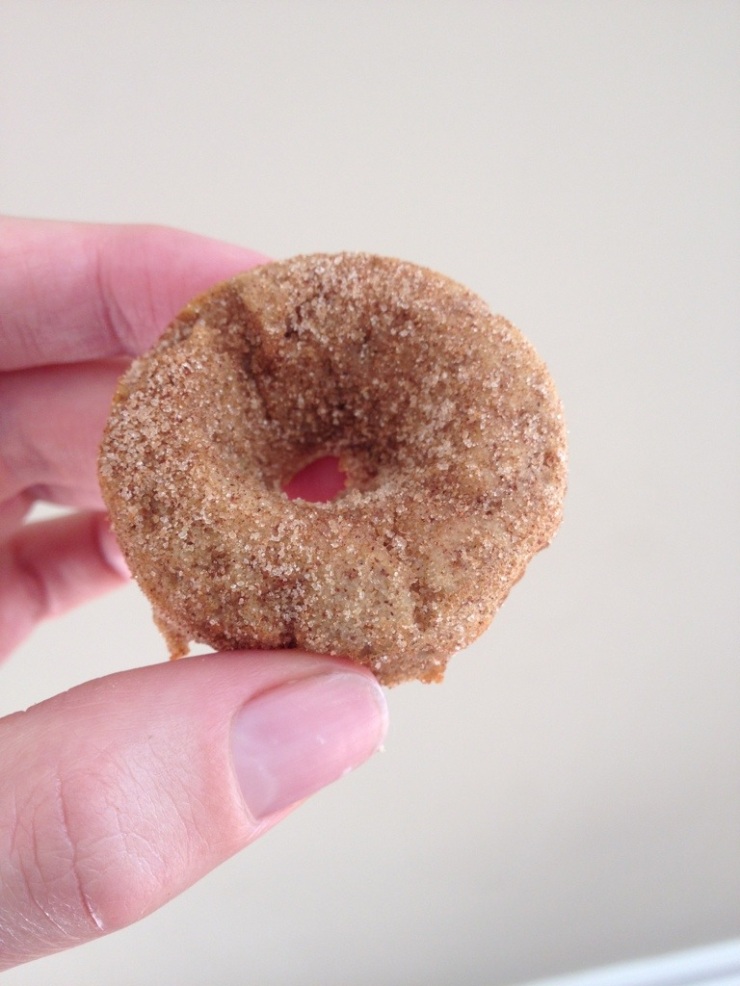 Preheat oven to 350 degrees.
Grease mini donut pan (or whoopie pie pan) with coconut oil, butter, or ghee.
Combine dry ingredients and mix.
Combine wet ingredients in another bowl and whisk until uniform.
Pour wet into dry ingredients and mix.
Add to donut wells and smooth with wet fingers.
Bake about 12 minutes, or until toothpick comes out clean.
Cool in pan a few minutes and roll in cinnamon/date sugar (optional–just mix about a half cup date sugar and 1-2 tsp cinnamon).
***If you go the whoopie pie route, use coconut whipped cream that’s been refrigerated a day or so. This way it’s stiff, not drippy. 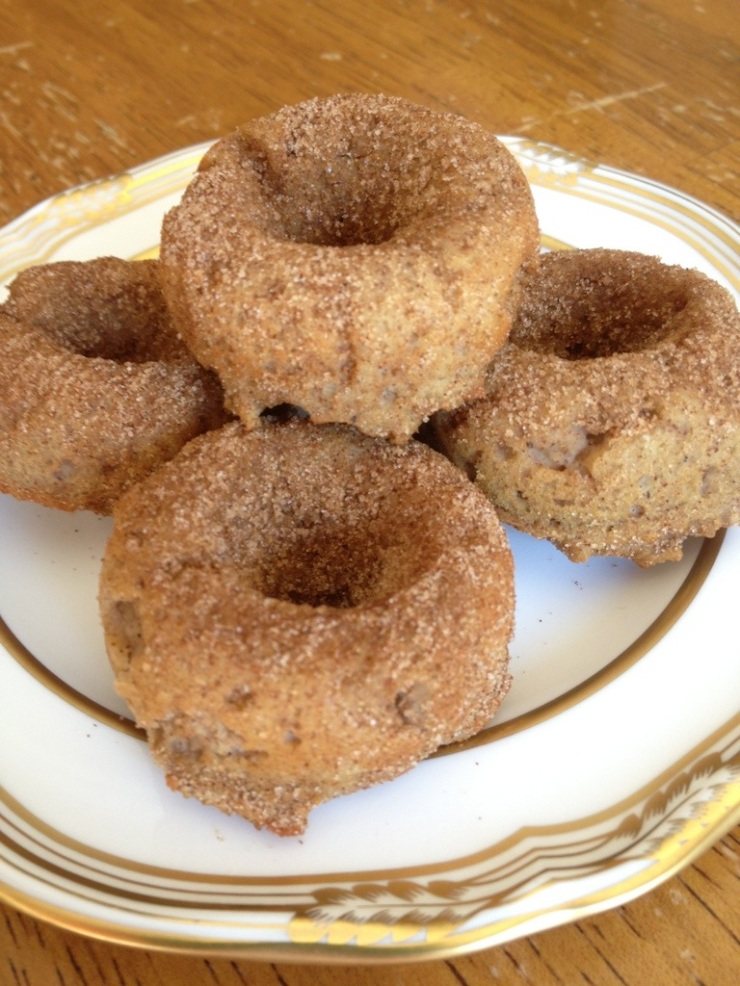 Get out there, gorgeous.

from dairy and sweets to plants and meats, cupcake goes primal.

rambles, rants, & raves about living in my world